I was so fortunate to be a part of the Microsoft Visual Studio 2012 launch event, as this was invite only event and not all who registered had got an invite. This was scheduled from 3:00 PM till 8:00 PM at the Hotel Le Meridian on the 12th of September 2012.

The event registration started at around 2:30PM and the agenda as follows:

With this Quick look at the key features the developers need to know, lets get into the event details 🙂

Ujjwal, Technical Evangelist, Microsoft spoke about how easy it is to develop applications targeting Windows 8, Windows Phone and Windows Azure using Visual Studio 2012. He started with a demo chat app built on Azure and OData. Then walked us through the various templates VS offers and demonstrated some of the cool features of the IDE. Highlighted the Visual Studio debugger’s capability to debug even the Windows Store Application(which by default gets deactivated when moved away from it). This could be done by running the Windows Store Application to target “Simulator” and not the “Local Machine” which by default is the output for any application in Visual Studio. He also pointed out the significance of the portable class library which enables the use of libraries across different platforms like Windows 8, Windows Phone, Windows Azure, Silver light, .Net framework 4.5.  Another key point to be noted in Windows 8 application development is about including the capabilities in the App manifest XML file to make them available for your application to be used. (ex., If the application you develop needs to access camera of the device, you need to add this capability in App manifest file, else when the application is run, the camera wouldn’t show up at all) 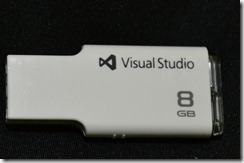 Sumit Kumar, Product Manager, Microsoft who came down from Redmond for the launch has presented this session. I must say, Visual Studio 2012 has taken C++ to a higher level than before. He pointed out the key factors which were behind this renaissance of C++:

There are a lot of cool new features Visual Studio 2012 offers for C++ developers (I would have to write a separate post just to cover all of them). Yet to list a few

Shubhra Maji, Program Manager, Microsoft gave an overview of the various features and tools that VS 2012 ships for Application Lifecycle Management. All these are primarily focusing on the below 4 aspects:

Team foundation server 2012 comes with a lot of Agile Template, which makes the life of a project managers easy to track and monitor the sprint they work on. All the to do, in progress, completed tasks and their estimates, actual effort and everything can be captured with the help of these templates and reports can also be generated very easily. Another cool feature which is being introduced is the Storyboard integration with Microsoft PowerPoint. This is basically useful for people who interact with the customers/clients and understand the requirements. They can easily create a story board in power point and upload that to the TFS, which would give notification to the corresponding persons to whom that is being assigned to.

Also, the VS 2012 offers wide range of Test suites, ranging from Unit test framework, Automated tests, to Exploratory tests that can be run by the testing team members and can log the defects and track everything within TFS.

To make the lives of the Operations team members (who monitors the application in production & work on production incidents)easier, Intellitrace is available in VS 2012. With which they could collect the Intellitrace as and when the issue occurs and with the detailed log it generates, and on clicking the same it enables the debugging of the exact line of code from which the exception was thrown, the root cause analysis can be done easily and can arrive at the bug fix. [This topic was highly debated during the session and it requires individual’s hands on to believe and solicit how effective this tool is]

Basically, Visual Studio 2012 offers tools which could help any project across all the three major phases like,

Following, this was sharing of best practices by Naresh choudhry from Infosys & Rakesh Kumar from Cognizant. Both of them have explained about how they leveraged the Microsoft Team Foundation Server and Visual Studio 2010 in their organization, how well it has improved the productivity and the challenges they had faced during this exercise. One of the fascinating point which Naresh presented was an equation for Productivity as follows

which he has derived after thinking thru a lot of processes and methodologies. I am leaving it for the reader’s to evaluate this equation 🙂

Next was the most awaited moment of the day, The launch of Visual Studio 2012. Amit Chatterjee, Managing Director, Microsoft India R&D Pvt. Ltd, went on to the stage to raise the curtains and launched the Visual Studio 2012. He presented a Key note in which he emphasized about the change in the direction the technology world is heading to, and also explained the way the modern applications should be developed. The trends which are causing this change are : Consumerization of IT(using personal mobility devices at work) and Business Agility(with the presence of Cloud services, Big data etc.,)

A modern application is one which must be

On his closing note, he stated about the Promise which Microsoft makes is to

The Visual Studio insider’s club’s members were rewarded for the great work they have been doing in collaboration with Microsoft. Naresh Choudhry of Infosys was rewarded with a Nokia Lumia 800 for his great and continuous contributions to the community.

The last session in the event was the announcement by Balaji Kesavaraj, Director, DPE, Microsoft about the Windows 8 AppFest to be held in Bangalore on Sept 21-22 . Following this was cocktail and the dinner and time for socialization. 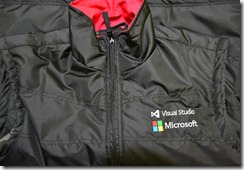 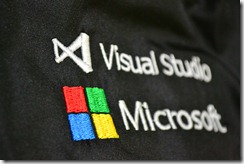 Overall, its a very new and a completely different experience for me to be a part of the launch event. Looking forward to attend more of the product launches from Microsoft 🙂 and Of course, to explore more and more about Visual Studio and exploit it to the fullest before the trial ends 😉